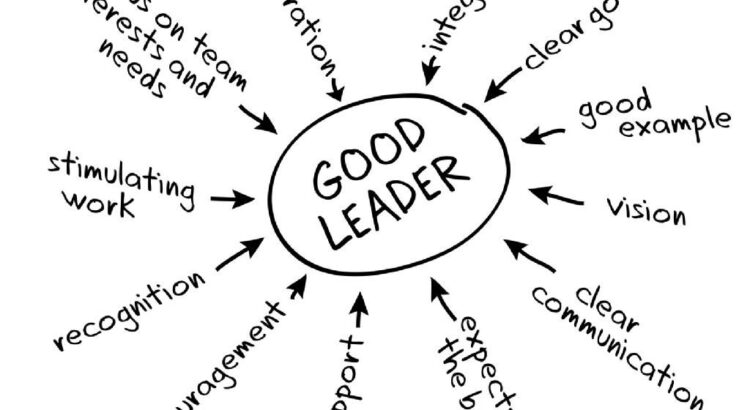 This post has its origin in the newsletter, where I shared my opinion about the leadership of the GOAT and asked about the same questions about his leadership style and what makes a leader, and also in “The Last Dance” series from Netflix, where we all were able to see the amazing years from those magic Bulls from Michael Jordan point of view, with its nuts and bolts.

My curiosity started when I saw this tweet by chance and I saw some of the comments, and also in particular comments from people who were sharing. There was a word that was repeated more often: leadership.

I found an ESPN article based on the same documentary where the journalist raised the same doubts and questions about what his former mates described as “his tactics”.

Michael Jordan at “The Last Dance”

In the documentary, and also in the ESPN article, you could see that he had a propensity for bullying the team and that some of his mates were afraid of him.

So, what is a leader?

In the newsletter, I said that if you just spend a few seconds searching about the meaning of that word, you’ll find that is “the ability to guide others without force into a direction or decision that leaves them still feeling empowered and accomplished” (Lisa Cash Hanson), or the “art of motivating a group of people to act toward achieving a common goal”. This was based on a quick google search, where I took the first definitions I got.

Searching a little more, I found a more complete definition that I am sharing next. A leader is someone who can see how things can be improved and who rallies people to move toward that better vision. Leaders can work toward making their vision a reality while putting people first. Just being able to motivate people isn’t enough — leaders need to be empathetic and connect with people to be successful. Leaders don’t have to come from the same background or follow the same path. The most important thing is that organizations are united internally with their definition of leadership.

And what does leadership stand for? Based on this Forbes article, Leadership is a process of social influence that maximizes the efforts of others towards the achievement of a goal. I liked this post because it explains what is it not, and also includes quotes from leaders and analyzes them. Also what is cool from this publication is that also clarifies some key elements from the definition:

It is important to consider that while new leaders appear, so do new approaches to leadership. Its definition could be evolving in time.

What makes a leader

In the article “What Makes a Leader?” from Harvard Bussiness Review, Daniel Goleman exposes that while IQ and technical skills are important, emotional intelligence is the sine qua non of leadership. But, what does it mean? What Daniel shared is that while there are qualities often associated with leadership such as intelligence, toughness, determination, vision, etc, truly effective leaders are also distinguished with a high degree of emotional intelligence.

Maybe you will be thinking about what is emotional intelligence. One of the definitions that you could find is “the capacity to be aware of, control, and express one’s emotions, and to handle interpersonal relationships judiciously and sympathetically”. Wikipedia says that “is the capability of individuals to recognize their own emotions and those of others, discern between different feelings and label them appropriately, use emotional information to guide thinking and behavior, and manage and/or adjust emotions to adapt to environments or achieve one’s goal(s)”.

Looking for a different point of view, I finished at another article from Forbes, written by a leadership consultant, former Navy SEAL, Brent Gleeson. The main idea was to collect answers from business leaders to the question “In your opinion, what makes a great leader?“. From all the different answers or points, thinking on the main topic of the post, I focused on the following one which is Push People to Be Their Best:

“Great leaders have clarity of purpose and are great at articulating their beliefs. I aspire to be the kind of leader that pushes people to be the very best they can be but still make people feel safe because it starts with the heart.”

There are many ideas or qualities like “clarity of purpose” or “articulation of beliefs”, but regarding our main discussion, I would like to highlight the idea of “pushing people with the heart”.

It is also very interesting to see how many former SEAL become leadership consultants. What you would expect from military leadership is people “barking” orders and expecting to be obeyed, but then you find out that what distinguishes the best military leaders from the merely average ones is emotional intelligence. I also addressed this topic in this post, based on a study.

You could even go deeper and look for the characteristics or qualities of a leader (e.g. communication, building relationships).

I don’t want to open a discussion about basketball, so I am not going to put in doubt if MJ is the GOAT. But what we could all agree is that he was a born-winner, winning mentality, a terrific player who pushed the team to the limit, and without whom the Bulls wouldn’t have won at least 6 championships. The outcome is there, it is part of the history.

But… Did he win for the team, for his mates, for his coach, for a higher purpose, or only for himself? Was he the true leader or the leadership reference that all the media and fans are claiming? In the path of victory, anything goes?

He was the winner. But IMHO, he was not the leader, at least as I expect a leader to be. He did achieve the goals, but pushing the team with fear, bullying them. He demonstrated to have the best IQ and mentality, but the worst EI.

What are your thoughts and opinions about this topic? Do you think MJ was a true leader? Do you approve of this kind of “leadership” based on fear?

I would love to know your thoughts and opinions about this topic, not only based on MJ, but thinking on leadership.